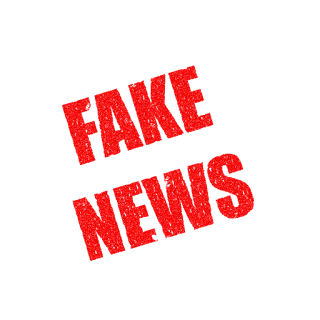 It has been a long time since my last post and I apologize, there have been many factors as to why this has been the case some to do with work load and others to do with my health.  Suffice to say I may not publish as often but I still want to get out into the public domain information that others may found useful.

The topic for this post is to do with the current wave of 'fake news' articles and how this may have influenced people and persuaded them to make decisions different from what they may have made if they had not seen such articles.

The concern is that there appears to be little critical thinking done around these stories by those who read them or watch them on the 'news' channels. These articles appeal to peoples biases either via 'confirmation bias'  (What is confirmation bias? - https://www.psychologytoday.com/blog/science-choice/201504/what-is-confirmation-bias) or appeal to authority.  (What is appeal to authority - https://yourlogicalfallacyis.com/appeal-to-authority)  Humans are easily duped or mislead and it requires conscious effort to overcome these fallacies and others.  There are many fallacies that we fall prey to and the following has a good list and description of them - http://www.webpages.uidaho.edu/eng207-td/Logic%20and%20Analysis/most_common_logical_fallacies.htm.

There are many guidelines and techniques that can be used to overcome such fallacies and clarify what is truthful or not.

One easy method is to look at the source of the information.


Critically analyzing the information presented can help you make better judgement on  what is being said.

Another technique, often used in journalism, is the five W's and one H.  The five W's are Who, What, When, Where and Why, The H is How.

The five Ws and one H have been immortalized in the poem 'I Keep Six Honest Serving Men' by Rudyard Kipling.

They taught me all I knew;

Their names are What and Why and When And How and Where and Who.

I send them over land and sea,

I send them east and west;

But after they have worked for me,I give them all a rest.

I let them rest from nine till five,

For I am busy then,As well as breakfast, lunch, and tea,

For they are hungry men.

But different folk have different views; know a person small

Who get no rest at all!

She sends'em abroad on her own affairs,

From the second she opens her eyes

The five W's and One H are a series of questions used to get the complete story, hence its use in journalism.

If you read any articles and it does not appear to follow this journalistic technique would be cause for concern as to its truthfulness.  You may want to delve deeper and see if the article is accurate and independent in its reporting.

16 Steps to become a critical thinker

I am due to speak at a couple of events this year.